I gave my car to a Pop Star

A pop star flew into town (with his family) and needed a car,

so I gave him mine.

He also paid me,

for letting him use it.

That’s right, in today’s peer-to-peer rental society you can actually rent out your car, your home, your pool, or most anything.

Last August, when we traveled to the mountains, we actually rented some local’s Audi to get there. It was bigger than ours and we needed the space for the dogs.

So I thought, my wife works from home, and her car is just gathering dust in the garage, so why don’t we make use of it and let other people enjoy it. Covid be damned.

We actually traded her car in for a nice SUV that others would actually rent.

The first month we had it, the car was rented for 24 of the 31 days in the month. That took care of the new car payment as well as some extra spending money for this MBA grad that still hasn’t found employment during this Covid thing.

Well, I hate to say it was someone I had never heard of.

His name was Reese Brunke a 22 year old out of Chicago, with a huge following there. He does some pop, hip-hop and some R&B. 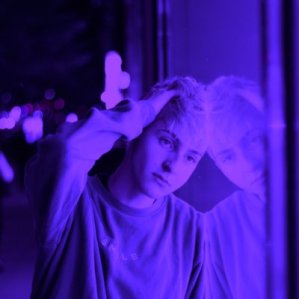 I asked my kids about him and they checked his youtube profile. Sure enough it had over 23 million followers so he must be huge….according to my girls.

Originally filled with a little anxiety about renting my property to a pop celebrity, as I had done that in my early years with some very tragic results. But my fears were soon relieved when I met Reese.

For 22 he was mature beyond his years, a nice guy with a good head on his shoulders.

He and his family wanted to take the car to the beach for the week. (sounds from the movie Pyscho in the background)

What if he decided to run up and down the beach with my car!

Not good at all! 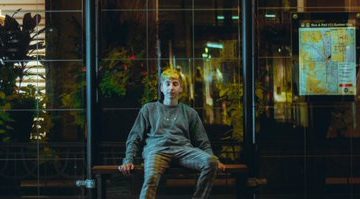 But he was cool with everything and returned the car just as I had given it to him.

I didn’t let on that I knew who he was.

….until his Mom asked.

I said I actually did hear of him and was honored to meet such a fine and successful young man.

He asked if I had a FB or Instagram account in which he could give me a shout out on.

I said no, just a very unpopular blog.

I followed with how I already had a title for this post though, “I gave my car to a pop star”.

They all laughed and so now I am living up to my end of the deal.

And then, as Mom’s do, she asked if I had seen his newest video called ‘Blackout’?

Listen to it, its good

And now you all have seen it too.

that was my brush with fame.

He’s a great guy and I wish him much success!

I want to say something hip and cool here for a 22 yr old city guy but I am not that down I suppose.

Not at his level.

Come back to SC with your family again. It was great meeting everyone!

We have lots more beaches!

And I have a cooler and some beach gear you can use next time.

(for a small fee)

I could even fill the cooler with something you like.

That’s about it for now knuckleheads.

I will try to do a better job next time.

Its time to exhale!

There’s a new sheriff in town with lots to do.

Don’t forget to wear your masks!

And show somebody some gratitude!

You can be a pop Star too!