We Don’t Celebrate Valentine’s At Our House, part IV

Well it is true after all, we do not celebrate Valentine’s at our house. This year, in an effort to go some place warm(er), we decided to try our first cruise over Valentine’s Day. It was a Disney Cruise leaving out of Port Canaveral, FL.

Now, we have never gone on a cruise, for various reasons, preferences really. So we were excited to get away, do some exploring and be catered to by the good folks at Disney.

We cruised on the newly refurbished Disney Dream. This was a huge ship! And, as the Cruise Director pointed out, the Lexus sitting in the cruise destinations in a dock full Fords. It really was a big, bright, impressive looking ship. To give you an idea, the ship boasted of over 4000 passengers and a crew of over 1500 below.

Our room slept 4 fairly comfortably. In the picture above, see the rectangle in the ceiling on the right side; touching the blue and white drape? That was a bed that mysteriously dropped out of nowhere while we were at dinner. Seriously, we couldn’t figure out how to lower it.

The ship did not have all the rides of a Disney World but it did have a pretty fun water roller coaster..the AquaDuck..

This ride looked so intriguing that we actually booked our board time as early as possible just so we could ride it as often as possible before the other shipmates boarded on arrival day. The water may have been cold but it was fun!

Because this idea was based loosely around a 4 Day weekend from school for our girls we only booked the 3 night journey. Our destinations included the Bahamas and then over to Disney’s very own island,  Castaway Cay.

A month ago we booked a catamaran sailboat excursion to go out snorkeling at the Bahamas but when we got there both the air and water temperature were too cold to go swimming and sailing in a big Cat. I knew the children would be miserable in the cold breeze. Too bad for us, we still had to pay the $200 reservations anyway.

UNLESS……. it gets a little breezy (who ever heard of an island without a wee bit of a coastal breeze?) Well the coastal breeze that day negated any and all water sports.. sailing, banana boats (our reservation), jet ski’s, you name it. All cancelled. After living on the coast it makes me wonder how often these ‘attractions’ are actually open? When is it not breezy on the coast? 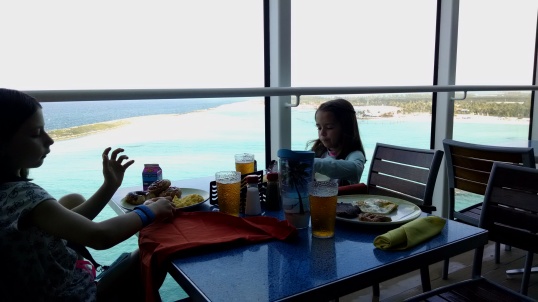 Breakfast as we dock at Castaway Cay

For months I had been looking forward to doing some snorkeling there too. Well, too bad for me, about lunchtime the powers-that-be decided it was a bit too choppy to go snorkeling (with a life vest) too. Liability you know. The 20 lifeguards there must not have been enough of a safe guard.

The Disney Dream ship itself had plenty to offer the kids though. They never left the ship when we docked at the Bahamas and Dylan was quick to return there on our day at Castaway Cay.

There were plenty of fun things including the Candy Shop that was actually a fancy ice cream parlor.

And, of course, the Disney Brand, all the Disney Princesses as well as Mickey and the gang were on hand. 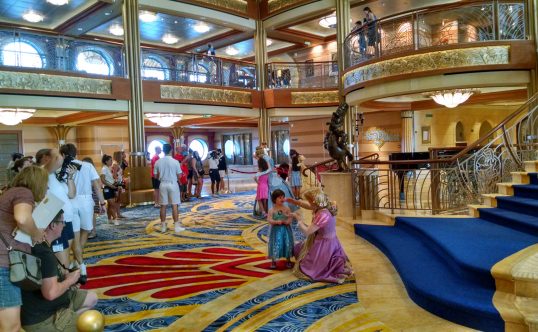 Skylar wasn’t as into the Disney princesses this trip (all she wanted to do was hang out in the pool) but Dylan did meet them all and gather a few more of their autographs too.

But it was the Caribbean after all and you knew, eventually you would see some Piracy!

And it was Disney itself this time!

And it came in the form of their ship photographers.

When we visited Disney World we always opted for the photograph option there where all the Disney photographers (located everywhere) take your picture and then you simply download the ones you want for a fee paid upfront.

On the Disney Dream they have some photographers too but the photo packages were quite different.

They assembled all your photos that they took, in various shapes and sizes, in hard copies the last day there. Then you could either buy a pricey photo package or photos a la carte.

Well I have YOU to post pictures for as well as send lots of pics of our kids to family and friends. So I asked if I could get the photos on a USB drive or something digital.

But what are you going to do when you want to take some memories like this home? 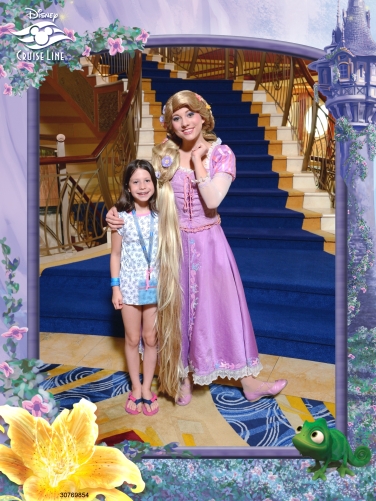 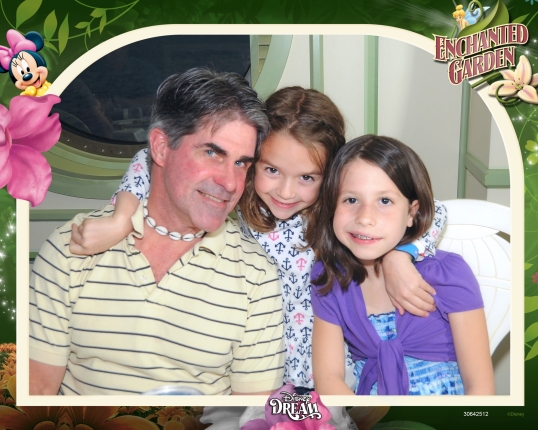 Another $15 doubloon… that I bought for you

They drove a hard bargain matey. I barely left with the shirt on me back!

Otherwise, we saw three shows and they all were really good. Like the magical show ‘Believe‘ 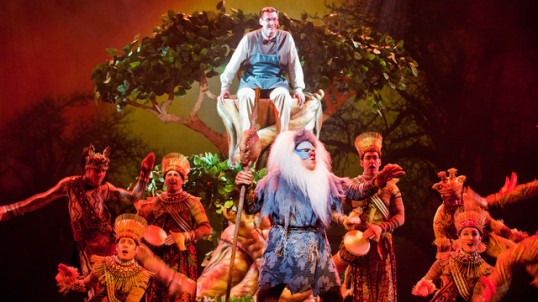 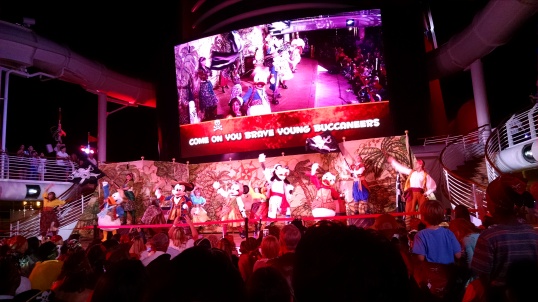 ...where all the photographers put on a costume and a show.

The cuisine was up to Disney standards but also held up to cruise food reputations.

We both got food poisoning on separate days. One of us got it so violently ill Saturday night that we had to call housekeeping at 4:30am to come clean up our bathroom.

Which raised another point of contention.

First its a ship. Right? Some people are going to get sea sick. It’s also a cruise ship which I understand, have reputations for serving food outside of normal food handling guidelines, given the mass production.Food poisoning is not unheard of people tell me.

Second, if people are going to get sick why do they only carry nothing more than Pepto Bismol!

It lasts one hour!

The cruise medical staff said they could hand out as much Pepto Bismol to us as we wanted but for anything else we would need to visit the ship doctor.

Which was quickly followed up with a statement, “and probably quarantined.”

Can I say WTF here?

Its true. I heard this at least twice.

Not only do they not carry a travel staple like Imodium on board but the doctors play Nazi’s when it comes to you telling someone you are sick.

Sorry. I was just amazed at how the medical staff were so, ahhh, unDisney.

Overall, I believe our girls had a really great time. Dylan explored and met some more of her favorite Princesses while Skylar sat in the pool and watched Disney movies on the mega screen above the pool deck.

As for me, that is the last cruise I will ever go on. I saw this as one of the single largest wastes of money in my life, from a value standpoint. Too many rules, too many people, and lines, too many deadlines, too many precautions.

When I go on vacation I just want to be able to put my feet in the sand and relax; without wondering how soon everyone needs to be back on the ship.

As for Disney World vs. a Disney Cruise vacation, this is a no-brainer.

Disney World has it down to a science in hospitality and new levels of vacationing standards that others can only aspire to. Yes, I am a big fan! And, on a similar night package, Disney World is probably cheaper than a Disney Cruise too. (Don’t get me started on the mandatory $12 per person per day ‘Gratuity‘ fee!)

I am sorry this vacation post is not more upbeat like I normally try to do. My appetite is not the only thing I haven’t got back yet it appears.

I will do better next time knuckleheads.

Have a great weekend…

Like Loading...
Posted in Disney Magic, Valentine's Day~ We Don't Celebrate It At My House and tagged Castaway Cay, Disney, Disney cruise, Disney Dream, Pirates of the Caribbean

19 thoughts on “We Don’t Celebrate Valentine’s At Our House, part IV”

Leave a Reply to Our Life In 3D Cancel reply