I warned you I had a few more beach photo’s from Ocean City with the new camera. So I wanted to unload some for my family and friends and be able to retire this beach vacation theme here in the middle of October.

So bear with me here. If I haven’t scared you off with the pics from our kids on the first two episodes, this won’t hurt much either.

Again, we took a trip to Ocean City, New Jersey, which calls itself America’s Greatest Family Resort. And if you have a young family this is a great place to escape to when the time is right.

Well we visited on the shoulders of the off season and so the main attraction of Ocean City, its 2.5 mile boardwalk looked something like this: 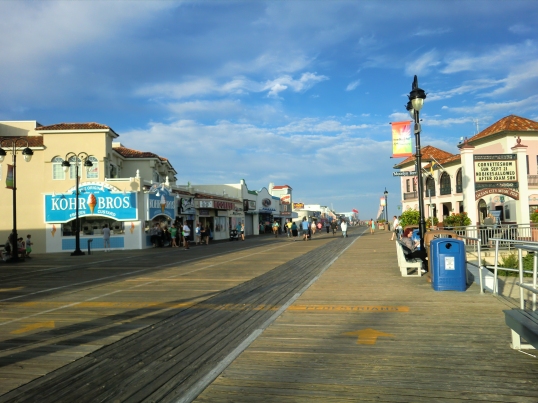 The boardwalk is a great family destination for a number of reasons, not least of all is fun, great tasting, and completely unhealthy food. That’s why, literally, the first place we stopped every morning was: 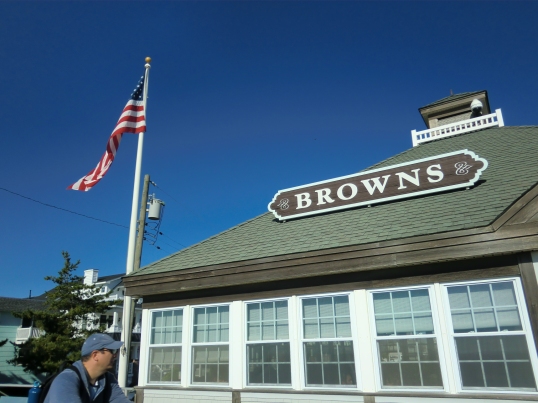 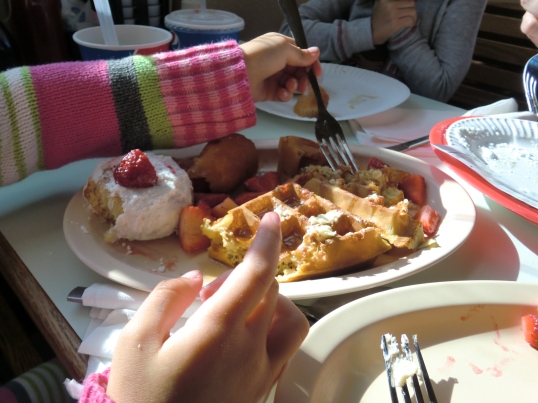 That’s right, there are two warm fresh made, partially eaten donuts for my oldest one, along with some Bavarian Waffles all topped with strawberries. A good father might have suggested she try something a little less ambitious for breakfast. But I was looking forward to finishing it!

Then every day, after we finished breakfast, we would peddle on down the boards for some shopping; or probably more food. 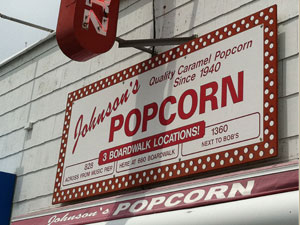 Anybody who has ever had fresh, warm, sweet smelling caramel popcorn knows what a treat that is. And Johnson’s makes it ways with about 4 different stands on the boardwalk, each making their own in-house, much like these Popcorn elves, hard at work one beautiful morning.

Not sold yet, here is the link to their online store, try some! Charge it to my account. ..http://www.johnsonspopcorn.com/

Manko and Manko Pizza is another Ocean City establishment with a huge reputation on on the boards.

One particular chilly afternoon, I rode my bike down the boardwalk. It was empty. But as I rode past Manko and Manko’s there was maybe three empty seats in the whole place. Its that good!

The other must try, and we did, boardwalk treat is Kohr Brothers Frozen custard. Dylan tried to con me into taking her there every day as she knew it was my favorite spot on the boards.

Our girls HAD TO HAVE the sprinkles EVERY TIME!

Friends if you go to OCNJ and try just these four places then leave it would not have been in vein.

The other big reason for the great family fun on their boardwalk are the two big amusement piers.

There are great, carnival style rides here for all ages. I think I have documented them enough so here are just a few more pics 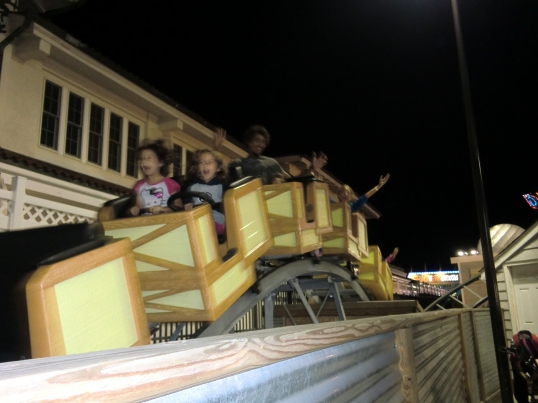 The Casio camera was not so good with fast moving shots. That didn’t stop the guy in the second car from posing though.. I never met him before!

Of course I am a beach bum. Any vacation of mine has to include some sand and some waves.

I showed a few pics over the weekend of the poetic surf to be found there. I would be misleading if I left you with the idea it was always like that.

One day the ocean was just plain flat

And two days we had rain and storm type winds creating a different look for the beach and the ocean. 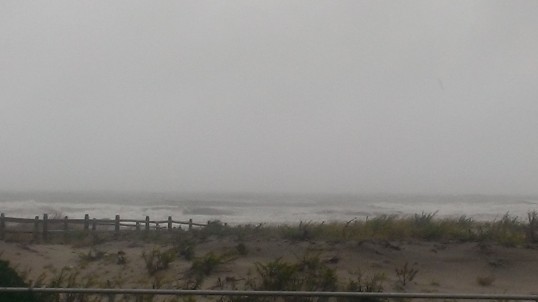 But half of our stay the weather did cooperate with us and the girls didn’t mind the chilly ocean temperatures ( as much as I did) to let them get in the way of their fun…. 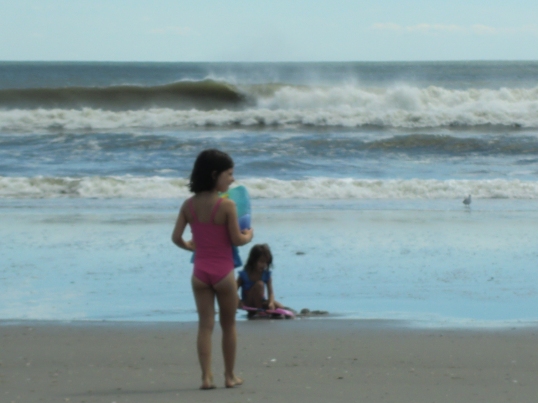 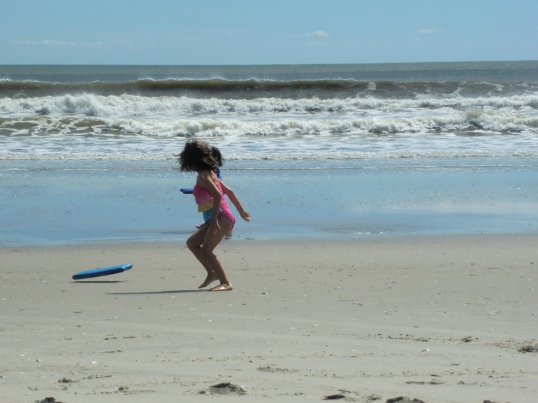 It must have been a sea monster or Queen Ursula

And as I sat their one afternoon, not worrying about blogs to write, or to-do lists, or finances, or health my eyes kept coming back to these two. 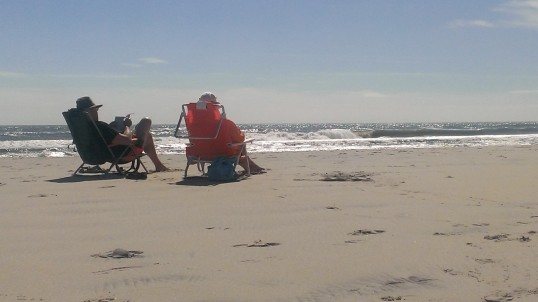 I sat there watching them thinking, ‘yea that is the life in retirement for me. I could get use to this life I think; come out on the beach every day and read whatever suits my fancy, while warming in the sun and the crash of the waves for my backdrop. I hear it calling me….’

“A most mysterious calling ocean.

So far but yet so near.

I can see the day when my hair’s so gray

and I finally disappear.” 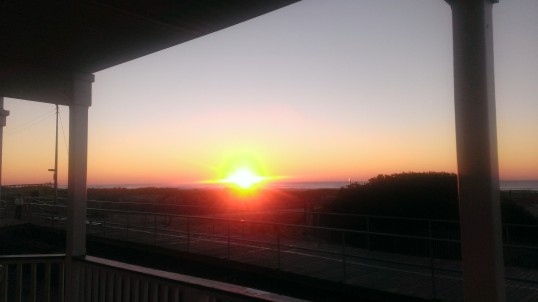 Have a great week knuckleheads!

I’ll try to do better next time…