Archive for the tag “mccleaf”

Who’s going to pay for all this?

Today is the 1 week anniversary of our trip to a favorite local Children’s Museum, Edventure in Columbia, SC. Similar to the field trip at the aquarium the week before, I had high hopes for some good fun for the kids. PLUS, there will be a total of 4 adults watching 3 kids. Those are my kinda numbers on my weekly day of rest! 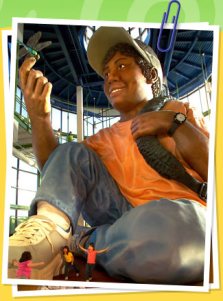 The museum is named “Edventure” for the 40 foot tall child sitting inside the front doors. Its pretty good! Behind the statue, or maybe, inside, is a 3 story jungle gym mixed with the inside frame work of the human body. Kinda cool! These kids climb, slide, hide, jump and play all inside the human body. 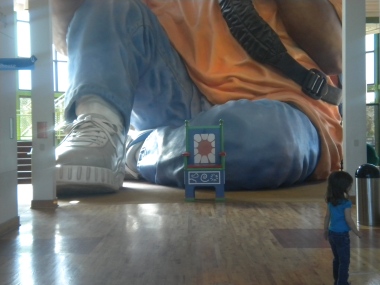 We got there early and, with low numbers of visitors, we could actually hear Ed’s heart beat. ~ which actually scared Dylan from playing on that level. Skylar, undaunted,  found fun just lying in Ed’s stomach, along with an ice cream sandwich and a wedge of orange. 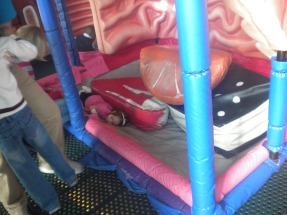 Running through the intestines 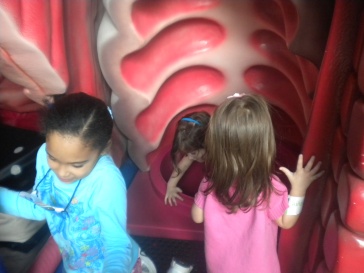 So we headed down the east wing where the kids ran into a kid’s size grocery store. Now I didn’t want to spend yet another weekend in a grocery store but the kids still had tons of fun shopping, pulling things off the shelf, and ‘paying for it’. “Did you kids bring any money?” 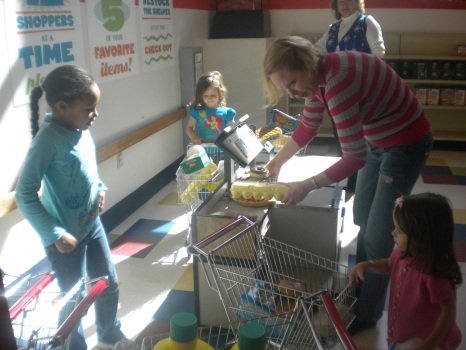 Who has some money?

All of the sudden I was imagining these kids as big people, with their careful scanning the plastic vegetables, picking the right milk, and hoarding all the candy they could find. Maybe it was the caffeine kicking in but it started to be fun imagining these kids as what they may be like when they get older. A look into the crystal ball! Yea, it was a lot of caffeine. 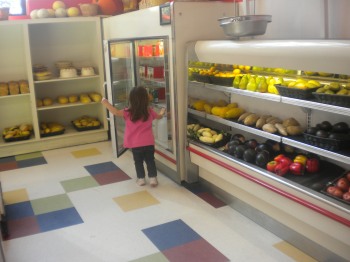 Now was that whole milk or fat free?

As luck would have it in the next room they got to play veterinarian. That’s a good career! This may be fun! Both the kids enjoy animals so much. 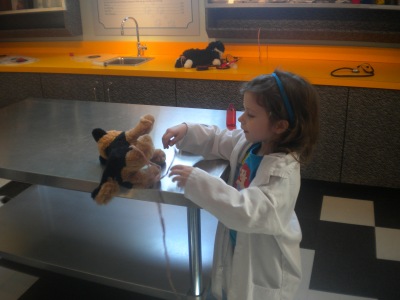 Then, having fun with my vision of them being adults and seeing what their natural aptitudes are, I quickly pushed them into the next room. There they could practice being a dentist! More money, less hours, right? They had fun. 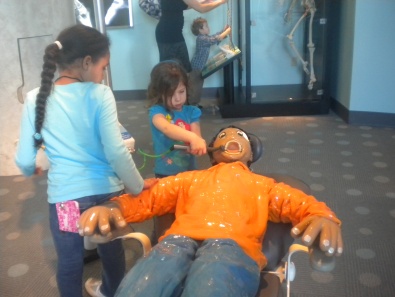 He's not brushing his teeth very good, is he?

Why stop there though? Why shouldn’t my kids be doctors? They are both super smart! They seemed to take quite naturally to the role and I could imagine them visiting more often at my retirement house on that cliff in the Caribbean. Hmmmmm… 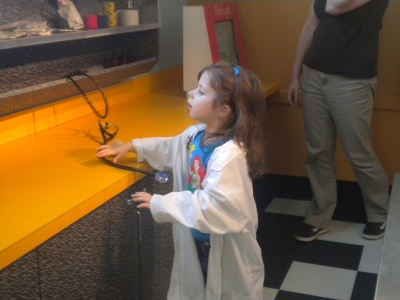 Where did I put those shots?

Now where’s Skylar? Looking around it seems she found her way in front of the TV camera! She looked great as a TV anchor woman. 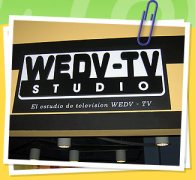 She really enjoyed seeing herself on TV. She has such a warm and natural smile! 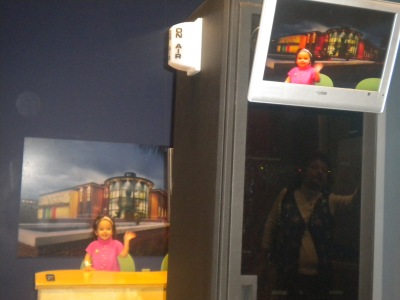 She should compliment my doctor in the family quite well! Wait? Where’d she go? Following the sound of laughter I see her driving heavy machinery at a construction site. Hey! What happened to being a doctor? 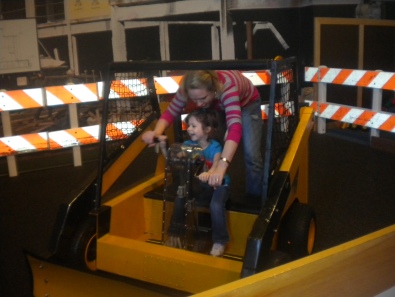 They had a blast at the shindig in Africa and dancing to the drums. They even tried to join in with drums and the African dances. Everybody loved it. ~ I’ve never been to Africa….. 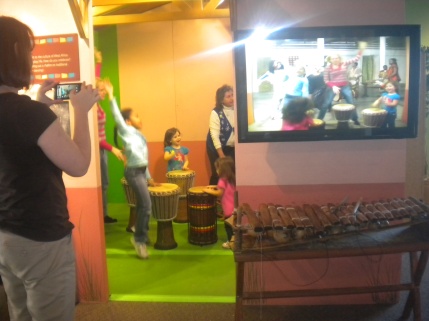 Lets have a dance party!

Next they took a boat, then walked across the swaying bridge to Timbuktu. They visited a village. Tried to make some native baskets. Tried to do a native hair style. They even got to climb on (and slide off) a life-size camel. ..living the camel life! 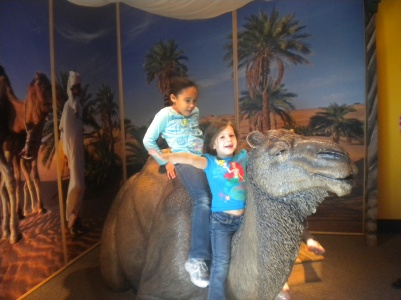 We crossed another continent or two, ending upstairs at a river side camp site. Phew! This traveling can ware a body out! 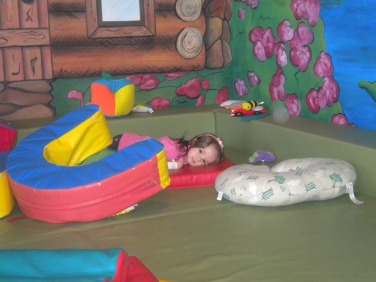 We went down the other wing to find giant size games of Battleship, chess, checkers, Wii bowling and Sheldon’s favorite, Jenga. I learned Jenga comes from a Swahili word meaning “to build”. Take that Sheldon!

We spent some time in the music room where the kids loved to jump on the hopscotch pad and make music from their bouncing. Where do you get this energy? 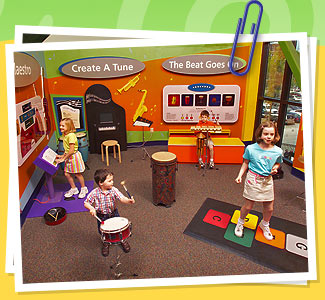 With their last bit of energy they begged to climb through Big Ed one more time before we headed on back down the highway and the over due, but well earned naps, and some peace and quiet for Mom and Dad. Plus a bit more caffeine. 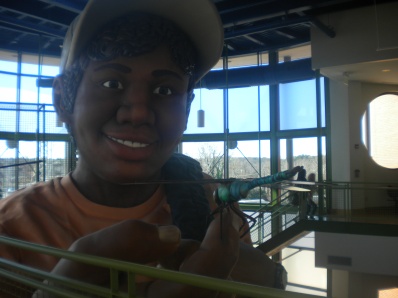 It was a big day with lots of Big adventures. An ice cream sandwich for Dad and some Peanut Butter M&M’s for Mom on the car ride home, made the day complete. Now, how much tuition will I need for their new found careers? Hmmmm…